Best Harness for Dogs Who Pull 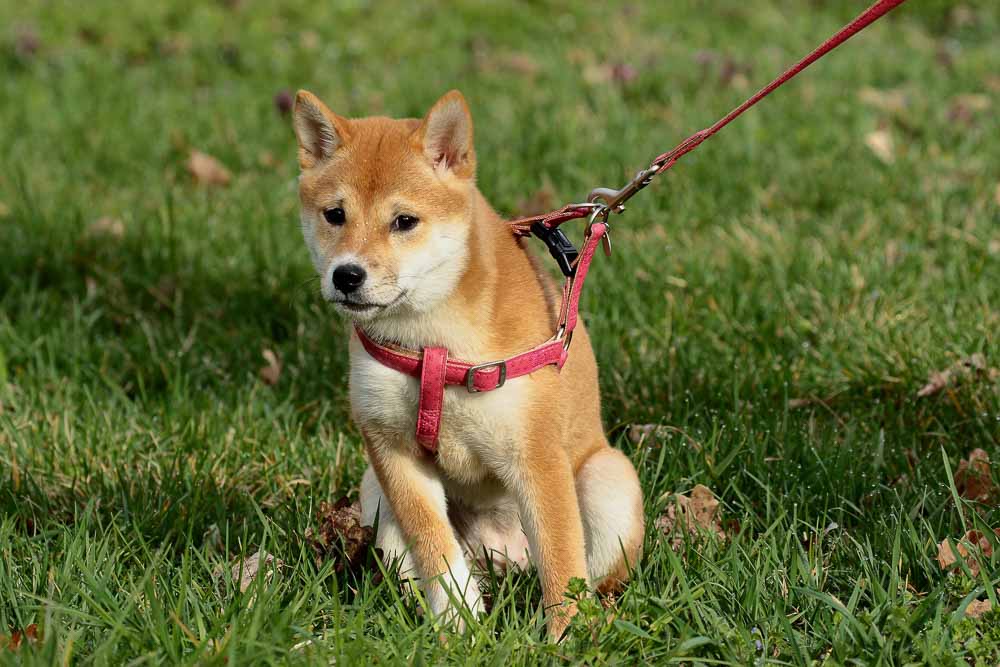 Best harness for dogs who pull…and how the heck to put the doggone thing on them!

When I adopted my sweet hound dog Scout, she came with a ton of doggie behavior baggage. We have slowly been chipping away at her issues, but before she was totally trained, we had to walk the dog even if she was a mess. We tried a few options but finally found the best harness for dogs who pull and/or act totally bananas on walks. This is what worked best for each of our dogs based on their size and issues. Plus, our secret tip on convincing them to love it.

Just a quick note about why a standard leash and collar did not work for us, if one of our dogs is determined to pull away, they can slip out of the collar by turning towards us and leaning back. In an attempt to reel them in, I end up passionately pulling the collar over their head. Until we could get our pups trained, it was hard to control them with a standard leash and collar set-up. They ended up walking us and potentially slipping away. So we moved on to find a harness that worked for dogs who pull.

Front or Back Clasping Harness?

I found back clasping harnesses also to be problematic. Our dogs were able to use their entire body weight as leverage against the ground to pull us forward. It’s easy for a medium-size dog to take you down with ease.

My hound dog Scout uses a front clasping harness. When she tries to pull against me, the front clasp forces her body to turn sideways so she can’t move forward. It gives us great control over. However, it doesn’t work for our largest dog

A Solution for a Large Dog

Our German Shepard August uses a gentle leader. He is a big lovable puppy. His excitement + eighty-five pounds of Shepard can take me down. It’s not super cool to have a skinned knee after forty. Trust me. I learned the hard way from the great bike incident of 2019.

The gentle leader fits around his nose limiting him to use his neck muscles to pull and he is unable to use his body weight. It’s crucial to fit them correctly on your dog. There are a bunch of videos online that show you how to properly fit it on your pup. We found this is the best harness for larger dogs who pull.  We got August one with a donut pattern on it which definitely fits his very serious personality.

Falling in Love with a Gentle Leader

The real secret is getting your dog to love to wear a gentle leader. We watched this video for guidance. It took us about five minutes twice a day for a couple of weeks but it was a game-changer for our daily walks. We are not dog trainers but this is how we made it happen.

Step one: We avoided forcing it on him. We estimated the fit until we could get him to love wearing it and then tweaked for a better fit.

Step two: We made it a fun game. We put the loop that goes around the dog’s nose in our hand and placed a treat in the middle of the loop with our other hand. Then we called August over and invited him to try to get the treat. We let him get it but made sure to be the ones who pulled away first. We wanted to avoid him practicing pulling away from the harness. Also, the old rule what you can’t have…

Step Three: Now it was time to make the game more challenging – we let the harness get around his nose before pulling away. Then we changed the treats out to something that takes more time to eat like peanut butter or cheez wiz. This got him more comfortable with it on his nose. We still made sure to be the one to back out first.

Step Four: Slowly, we built the time the loop was around his nose until we could tap the harness clamps together and eventually clasp it. He was a little suspect about something going on behind his head, so we had to go slow, distract, and treat. Eventually, he would only get a treat once he let us clasp it but then rewarded him like crazy. If he started to paw at the halter around his nose, we tried to distract him with a sound, visual treat, or even by just petting him. We wanted to avoid him practicing taking it off.

Step Five and Beyond: After a couple of weeks, we were able to attach a leash a start walking.

Another upside to the gentle leader is most people confuse it with a muzzle, so they are less likely to randomly stick their hands in your dog’s face or let their kid run-up to your dog and pet it. It buys me a little more time to talk to other people about how to approach my dog…even when it’s a fashionable donut pattern.

Figuring out the Golden Rule

One thing we have discovered in all of this is a little Golden Rule for our training sessions. We make sure to end each session on a positive note. If something happens where they would get annoyed, we would give it a quick pause and then go back and finish with something positive. Even if it means backtracking to the start of the game

When we don’t walk our dogs enough we see the effects pretty quickly. We see their disgruntled behavior manifest into scratched doors, chewed furniture and other avoidable household messes. The best way to live in harmony with our pets is to give them some exercise and let them explore the neighborhood. They are so dang cute, they deserve it.

If you want more ideas on how to create a happy home with your pets subscribe below. 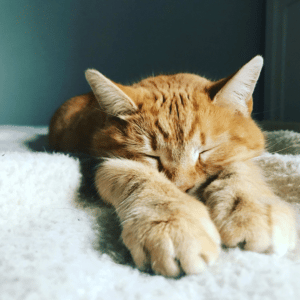